The RCMP needs to investigate the church attacks 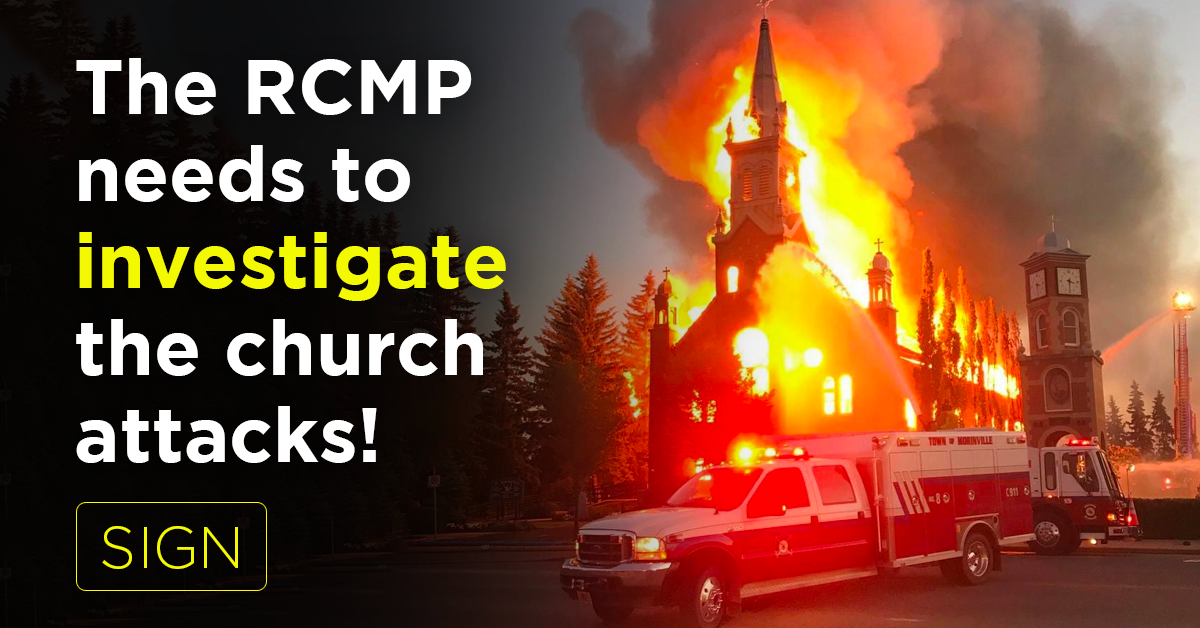 More than 50 churches in Canada have been torched or vandalized since the announcement of apparent graves near residential schools.

Despite calls for calm by Indigenous leaders, Christian communities continue to be targeted by radical activists.

There’s no other way to put it – the Christian community in Canada is under attack.

Unfortunately, the church attacks are not receiving the attention they deserve.

In fact, many activists, academics and prominent public figures – including Prime Minister Justin Trudeau – have excused the recent church burnings and acts of violence.

Can you imagine if  50 synagogues or mosques were torched or vandalized in a matter of weeks? It would be a national story, politicians would demand a full investigation and the legacy media would have wall-to-wall coverage.

Why isn’t this the case now?

These hateful attacks on Christians require a full-fledged RCMP investigation and those responsible should be punished by the law to the full extent.