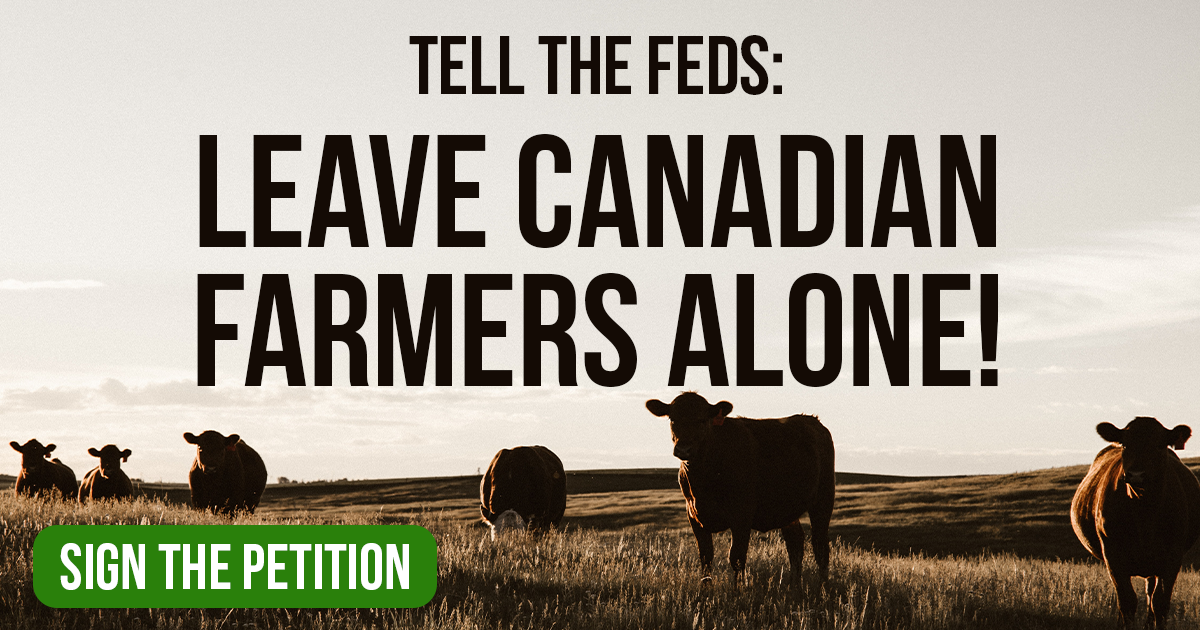 Strict nitrogen and ammonia emissions caps by the Dutch government have sparked protests nationwide in the Netherlands.

Tens of thousands of farmers and their supporters have formed convoys throughout the country demanding a referendum on government measures.

As a result of the chaos, farmers have even been fired upon by police.

Here in Canada, farmers could also soon have their backs against the wall as a result of the Trudeau government’s emission targets.

Two years ago, the Canadian government introduced a 30% emissions reduction target for fertilizer use in the agricultural industry.

In comparison, the Netherlands has instituted a 50% emissions cut on nitrogen and ammonia emissions by 2030.

Agriculture Canada also signalled out the wheat industry as being among the worst emissions offenders when it comes to fertilizer use.

At a time when food prices are rising and food shortages are being reported around the world, the last thing Canadian farmers needs are more taxes and red tape.

The Trudeau government is obsessed with reaching its hypothetical climate goals and ignoring the realities Canadians are facing.