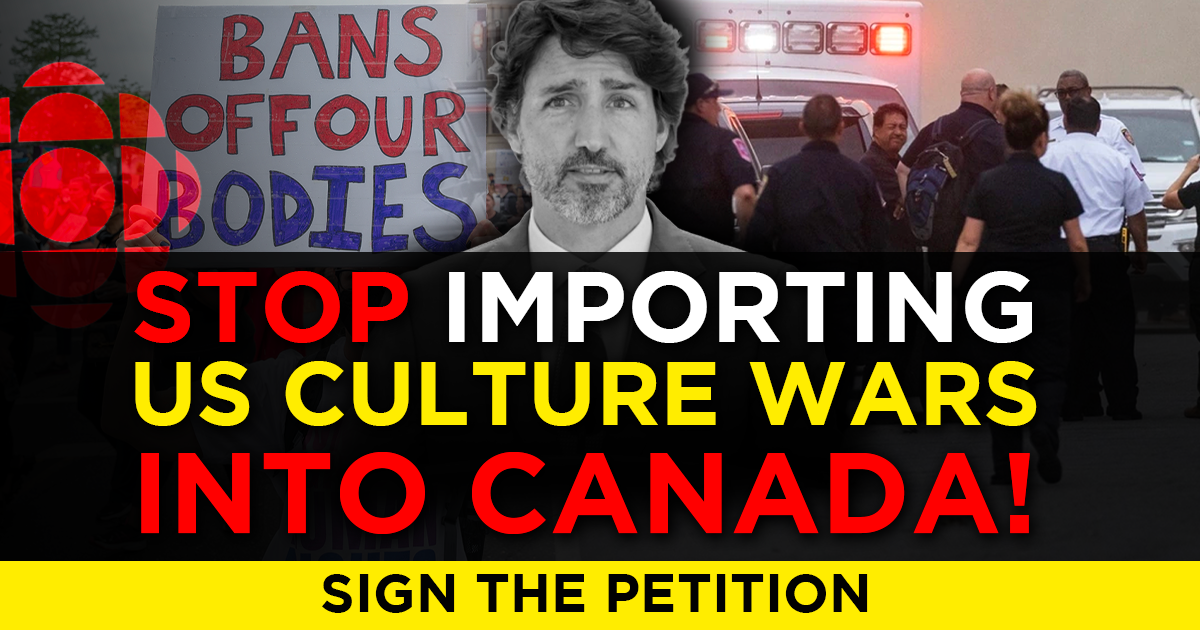 Canada and the US are two different countries with their own set of priorities and issues.

Politicians and the legacy media in Canada are importing US culture wars into Canada on a regular basis just to score cheap political points and fearmonger.

When a Roe V Wade opinion was leaked in the US, leftist politicians and the legacy media made it all about Canada (despite the fact that there are NO abortion laws here). Justin Trudeau shamelessly capitalized on the issue by announcing more funding for abortion services. Cabinet ministers even held press conferences to announce that Canada would welcome US citizens into the country to get abortions!

And when Americans witnessed horrific mass shootings in Texas and Buffalo, leftist politicians in Canada used these tragedies as an opportunity to push for more gun control laws to punish law-abiding gun owners in Canada.

In fact, Trudeau announced a national handgun ban, which countless experts have said will be useless against gun crimes since criminals don’t abide by the law and use illegally acquired and smuggled guns.

Politicians and the legacy media may think Canadians will fall for their brazen attempts to import US culture wars into Canada, but Canadians know better.

Politics and the media should focus on the issues that actually affect Canadians.

If more than 25,000 Canadians sign this petition, we’re going to send a copy to the Prime Minister’s Office and CBC Headquarters.