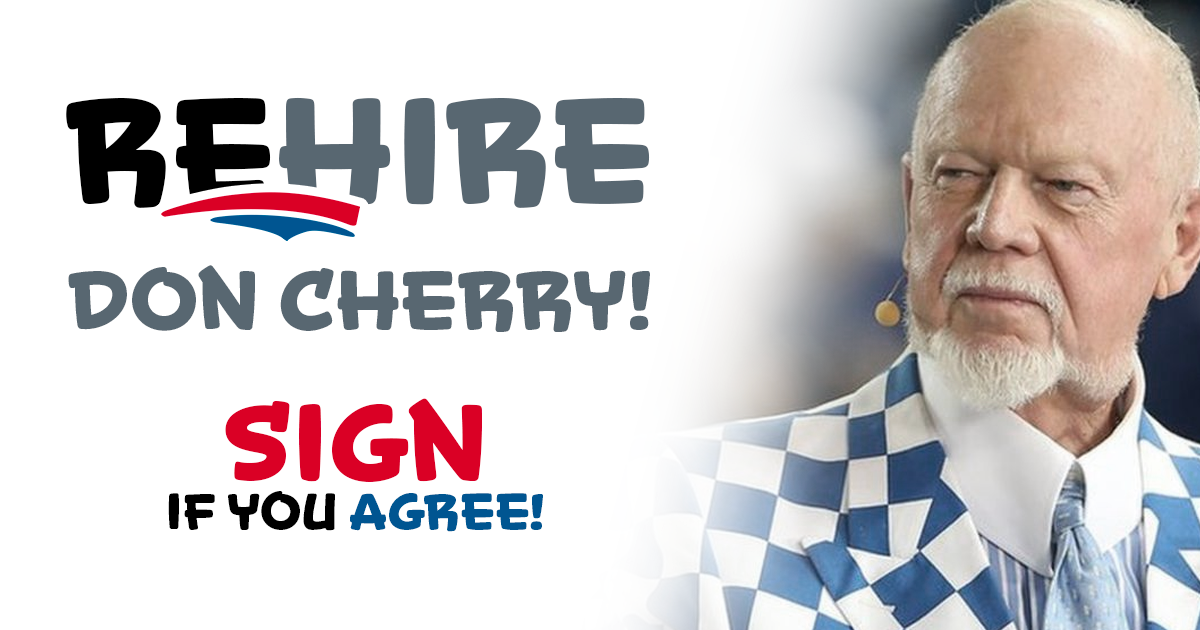 Did you see what Ron MacLean said on Hockey Night In Canada?

If you don’t spend all day on Twitter, you probably missed the latest contrived controversy. The Woke mob is claiming its latest victim, MacLean, for something he supposedly inferred during a bad joke on air.

As many Canadians tune into the NHL Playoffs, many have tuned out during the intermissions.

Frankly, the panel of “analysts” are boring and more concerned about being progressive and “woke” than analyzing hockey.

Think about it – when’s the last time they actually criticized a player or team?

Unfortunately, Cherry was fired by Sportsnet in 2019 because he said “you people” should wear poppies to commemorate Canada’s veterans. To many on the Left, Cherry’s comments were “racist.”

We disagree with the woke mob who try to cancel everyone and everything. But if Cherry’s comments were offside, then so were Ron MacLean’s.

On a Tuesday night broadcast of the Leafs and Habs series, MacLean said, “You have a photo of a guy with his tarp off, you’re definitely positive for something.”

The woke mob pounced, and accused MacLean of making a homophobic comment.

This of course is absurd. It’s quite the leap, and the least generous interpretation of MacLean’s awkward joke.

MacLean was complicit in Cherry’s firing. He threw his long time friend and colleague under the bus and capitulated to the woke mob.

We don’t think Ron MacLean should be fired or cancelled, but we believe Sportsnet shouldn’t have a double standard.

Don Cherry is a Canadian icon. The NHL Playoffs are not the same without him.