True North should moderate the next Conservative debate! 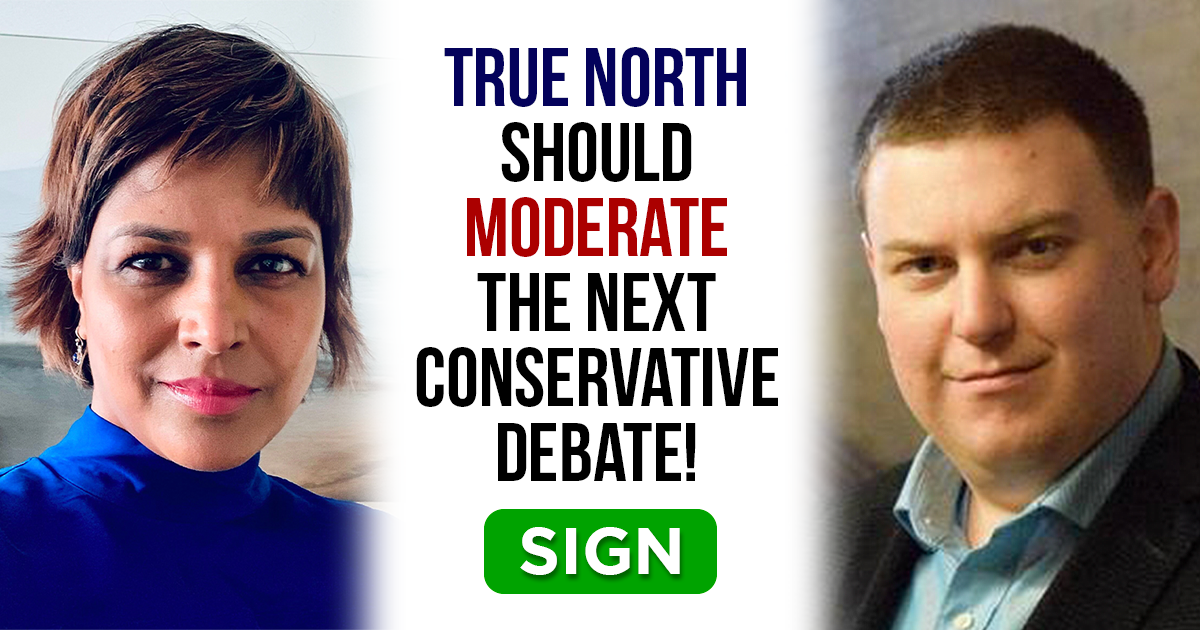 The Conservative Party of Canada has announced that it will be hosting a third debate for the upcoming leadership race.

The debate will be held in Ottawa with no audience, and a date has yet to be determined.

The last English debate was a huge disappointment, as viewers were unable to learn anything about the candidates due to an ineffective debate format and odd questions from the moderator.

Viewers learned about the candidates’ favourite books and TV shows instead of the issues that actually matter to Canadians and Conservative members.

We believe the moderators of the next debate should be True North journalists!

As independent journalists, they always strive to report the truth.

And they won’t resort to silly props to moderate a proper debate.

If you believe Andrew and Rupa should moderate the next Conservative Leadership Debate, sign our petition!

If more than 20,000 Canadians sign our petition, we’ll send a copy to Conservative Party Headquarters.