Raise the flags to full-mast, Justin 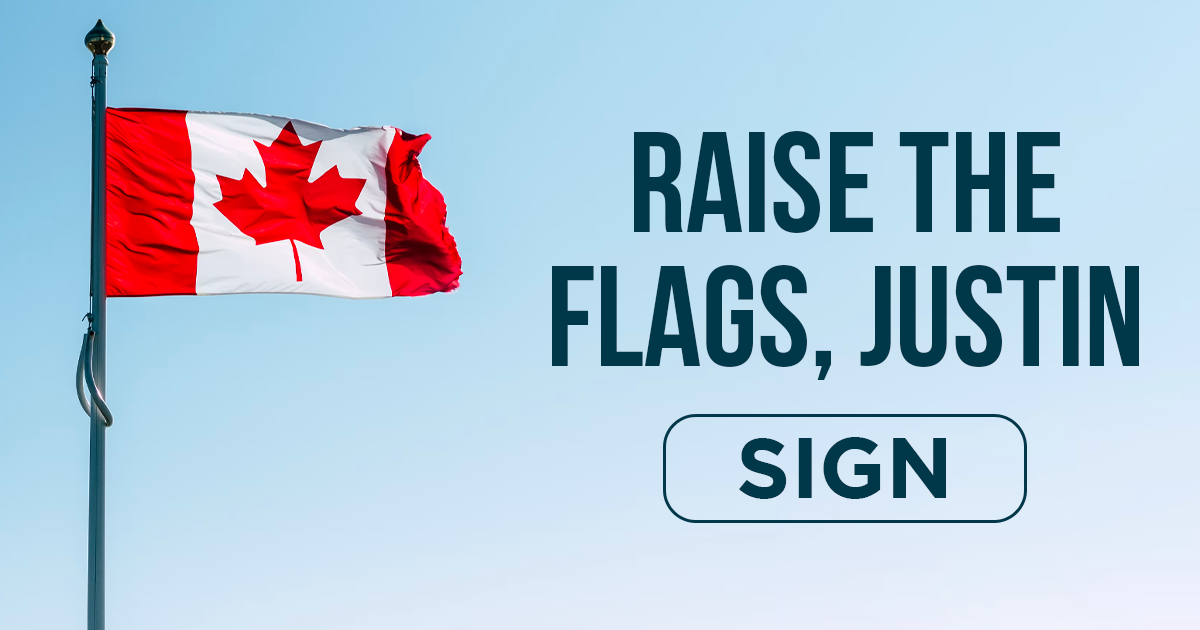 Canadian flags have been at half-mast nation-wide for nearly six months.

Prime Minister Justin Trudeau ordered them lowered following the announcement of unmarked graves at a former residential school near Kamloops, BC.

Canadian flags were at half-mast even on Canada Day — a time when we should be celebrating our heritage and history.

Despite pleas from Canadians to raise the flag on Remembrance Day so that it can be ceremonially lowered to half-mast in commemoration of our veterans and the tens of thousands of Canadian soldiers, sailors, and airmen who have died protecting our freedoms, the prime minister is refusing to budge.

Trudeau has committed to keeping the flags half-mast until an agreement is reached with Indigenous leaders.

Under Trudeau’s watch, Canada has become a country of guilt and self-loathing.

Instead of being proud of our history, Canadians are being told they’re racist bigots by the country’s leaders.

If you’re proud of Canada, sign our petition. We’re calling on the prime minister to raise our flag to full-mast.

If more than 25,000 Canadians sign this petition, we’re going to send a copy to the Prime Minister’s office.