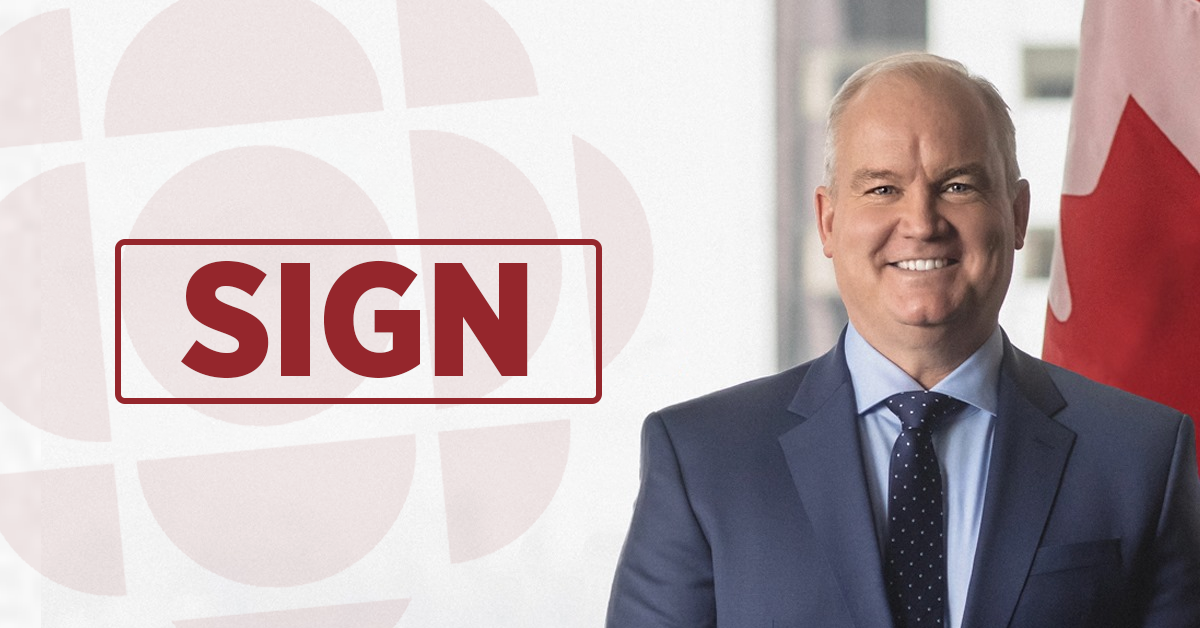 The Conservatives have a new leader – Erin O’Toole.

During his leadership campaign, O’Toole promised to defund the CBC.

Here’s what he pledged:

We want to make sure O’Toole keeps his promise and includes this pledge in the official Conservative platform in the next election.

It’s clear the CBC is becoming less relevant to Canadians.

The CBC receives $1.2 billion annually from the federal government, and yet fewer and fewer Canadians are tuning into the state broadcaster.

Why are Canadian taxpayers on the hook for such an abysmal media organization?

Meanwhile, it’s becoming apparent that the CBC is literally the media arm of the Liberal Party of Canada.

As if its biased media coverage wasn’t bad enough, in the last election, CBC actually sued the Conservative Party of Canada.

It’s no wonder the Trudeau government pledged to increase funding for CBC News.

Conservative Leader Erin O’Toole needs to keep his promise and defund the CBC.