Hands off the internet! 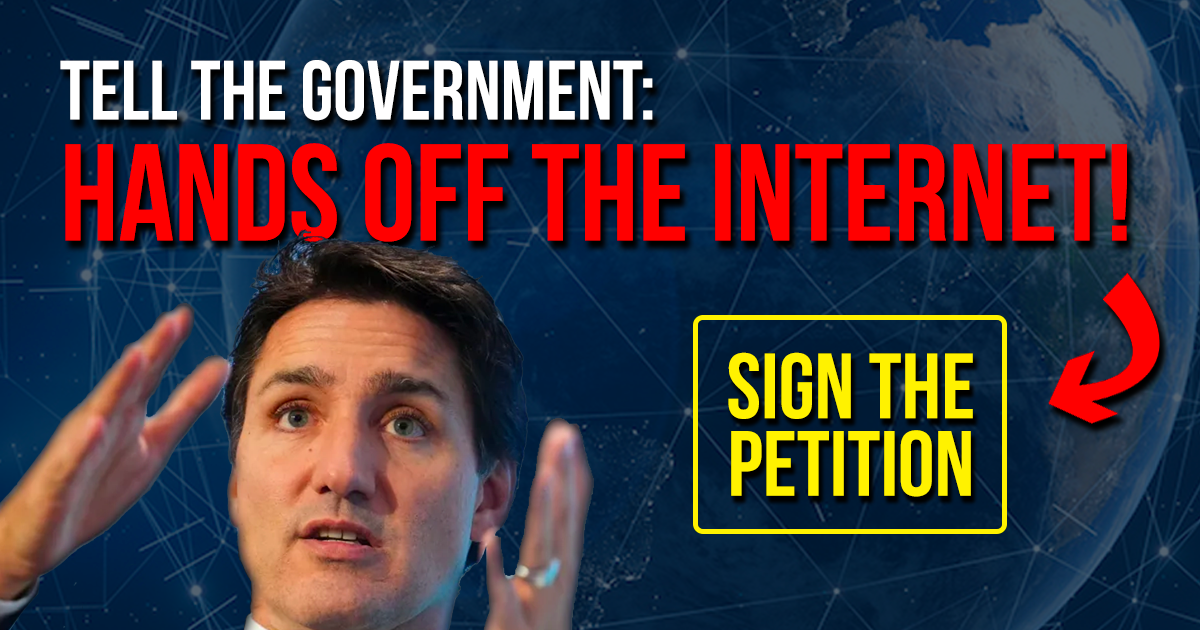 Justin Trudeau and the Liberal government want to regulate the internet with two terrible pieces of legislation.

This would shut down YouTubers and other Canadian content creators. As such, it has been unanimously condemned by almost everyone who isn’t a government politician or a lobbyist for the legacy media.

Why does the Trudeau government think it’s their job to tell Canadians what to watch on YouTube?!

Bill C-18 would require tech giants like Facebook and Google to negotiate deals to pay legacy media outlets in order to make their news content available on major online platforms.

This has of course gotten the attention of the big tech companies, and even prompted Facebook to threaten to stop allowing Canadian news content on its platform!

Why does the Trudeau government think it’s their job to force private companies to subsidize the legacy meda?!

These are both heavy-handed, damaging, big-government bills that are wildly unpopular with the vast, vast majority of Canadians.

We need to stand up and say NO to the Trudeau government’s regulation of the internet!

Sign the petition below – if it gets more than 25,000 signatures, we’ll hand deliver it to the Prime Minister’s office.