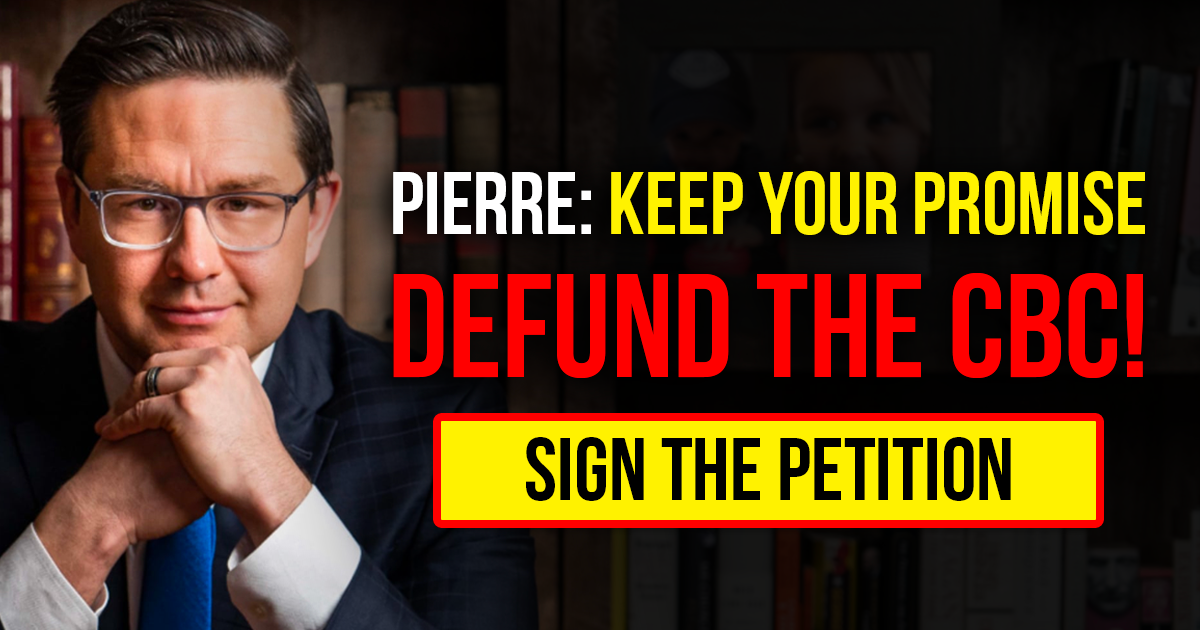 It is one of the main reasons he was able to sell a record amount of party memberships during the campaign.

We’ve seen politicians make similar pledges in the past. Then they’d become leader and ultimately break their promise.

Now that Poilievre has been elected leader, we want to ensure he keeps his promise to defund the CBC – and include this pledge in the Conservative Party’s platform for the next election.

The reality is that fewer Canadians than ever are tuning into the CBC every year, and yet the Trudeau government continues to increase their funding.

With Canada’s debt as high as it is, why are taxpayers on the hook for a failing state-owned media company that nobody watches?

Sign our petition if you want Pierre Poilievre to keep his promise to DEFUND THE CBC and include this pledge in the Conservative Party’s platform.